Turbulence structure in the very stable boundary layer (SBL) is characterized by complex interactions between the static stability of the air and non-turbulent processes that govern the mechanical generation of turbulence. Submeso motions, on scales from meters to few kilometres, can perturb the turbulence structure and can modulate the turbulent fluxes through the production of intermittent mixing events related to localized flow acceleration. Submeso motions can take a variety of forms including gravity waves, density currents, drainage flows. An important fraction of them is represented by horizontal meandering modes, particularly when the large-scale flow is weak. However, their characteristics and their impact on turbulent transport are yet poorly studied and understood. This talk aims to provide some insight into the characteristics of different submeso motions and on their role in the intermittent turbulence productions in a very SBL. Analyses of micrometeorological data characterised by different surface conditions and SBL structure are presented. Data were collected at micrometeorological towers placed in an Antarctic Ice sheet (Terra Nova Bay – Antarctica), a forested canopy (Duke Forest, NC – USA) and a coastal site (Linhares – Espirito Santo State). Experimental data have been analysed using different methodologies, such as the Eulerian auto-correlation functions, the wavelet analysis, and the multi-resolution flux decomposition. The combination of these approaches enables i) the identification of periods interested by horizontal and vertical submeso motions, ii) the investigation of the mechanism of turbulence generation by submeso motions on different time-scales and iii) their role in influencing the turbulent transport in very stable low-wind conditions.

Dra. Ana Graciela Ulke – Atmospheric dispersion mechanisms in southeastern South America and their relationships with particle pollution in Buenos Aires Results obtained in the study of relationships between the dispersion mechanisms in southeastern South America and particle pollution in Buenos Aires are presented. The research aims to increase the knowledge on features and behavior of aerosols in the atmosphere of Buenos Aires city and to discriminate the local and remote contributions. Numerical modeling tools are applied combined with the study of meteorological conditions and the analysis of the aerosol properties. Aerosols in Buenos Aires are due to local urban and industrial sources and those related with distant sources such as biomass burning, resuspended dust from arid regions, marine aerosols, aerobiological material and volcanic eruptions. Aerosol properties obtained with remote sensing techniques or from in-situ surface sampling are analyzed. Features and variability of the aerosol properties in Buenos Aires clearly show the influence of regional flow patterns and atmospheric dispersion conditions.

Salt marshes are coastal wetlands located in preferential areas for urban settling, making them vulnerable. They produce great amount of biomass, and are also of great interest because of the ecosystem services they provide. Among these services the carbon storage stands out. Our group studied the water vapor and carbon dioxide exchanged by a salt marsh located in southeastern Buenos Aires province (37°S, Argentina). The aim was to characterize the evapotranspiration and net ecosystem production of the surface. The predominant vegetation is halophyte and has C4 photosynthesis pathway. A field campaign with micrometeorological tower was carried out from February 2014 to March 2015. A flood covered the surface for 45 days, which produced missing data. Applying different data filling methodologies, we produce estimations of evapotranspiration and annual values of net ecosystem exchange, gross primary production and ecosystem respiration. The surface has a summer evapotranspiration rate of 6 mm day -1 and of 1 mm day -1 in winter, while de net carbon uptake was estimated in more of 10-ton CO2 ha-1 yr-1 . This value is among the highest presented in the bibliography. In addition, unlike what occurs at similar Northern Hemisphere ecosystems, we find net uptake of CO 2 even in the winter season. NEP seasonal variability has no concordance with the variability of monthly biomass measurements. This leads us to question the role of the soil in the uptake and transport of carbon dioxide of marsh surfaces.

During the period August 24-28, 2016, as part of the GO-Amazon Project and the UFOPA ‘Ciências sem Fronteiras’ grant, we launched nine altitude-controlled free balloons (CMET). Smaller than typical rawinsondes, CMET are equipped with altitude control, global communication via Iridium satellite, and aspirated sensors. We aimed to examine the interactions among convective boundary layer and dual river breeze circulations near the confluence of the Tapajós and Amazon Rivers in the eastern Basin. The week-long field campaign followed the reestablishment of the breeze circulations shortly after the passage of a strong instability line on August 22. Nine CMET were launched at the Curuá-Una hydroelectric dam (2.8S; 54.3W), timed to encounter the Tapajós river breeze front by late afternoon. Soundings were made to establish the thickness of interface between the easterly trade and westerly Tapajós breeze circulation. Careful use of sounding strategies allowed these free balloons to track along the northerly channeled flow in the lowest 300 m above the River. Following the river encounter, balloons tracked to the west, sounding to describe the diurnal course of boundary layer in the forest west of the Tapajós River. The longest flight traveled more than 770 km over three days and twice rested overnight in the rain forest canopy. Ancillary data from surface climate and flux stations (FLONA Tapajós) as well as the Santarém radiosonde, and satellite images will be used to illustrate how the breeze circulations are seen near the surface and how they were disrupted by larger-scale events. Comparisons with HYSPLIT trajectories will illustrate how sensitive real trajectories are to the refraction that the encounter with the breeze effects.

Gravity currents are common in nature, either in the atmosphere due to cold and sea-breeze fronts, in avalanches of airborne snow or debris flows, or in the ocean due to turbidity currents and river plumes. They are created by the release of a fixed volume of a heavy suspension into a lighter ambient fluid. It is important to get a better understanding of their underlying mechanisms to predict their evolution. In the last two decades, high-resolution numerical simulations of gravity currents for moderate Reynolds numbers have been performed by means of Direct Numerical Simulations (DNS) with significant contributions to the understanding of the spatio-temporal evolution of gravity currents. Interestingly, only very little studies of gravity currents are based on Large Eddy Simulation (LES).Thanks to the development of High Performance Computing (HPC), LES is now a widely used technique for the prediction of realistic turbulent flows with a constantly increasing range of applications from fundamental research in fluid mechanics to industrial design. The aim of this study is to presents an original way to perform high-fidelity simulations of particleladen gravity-driven for high Reynolds numbers. Following our previous works exclusively based on DNS we now focus on three dimensional Implicit Large Eddy Simulations (ILES) in order to reach Reynolds numbers O(105). Two flow configurations are studied: the well-known channelized lock-exchange set-up but also a less conventional basin set-up where the flow can freely evolved in the streamwise and spanwise direction. The incompressible Navier-Stokes equations and the scalar transport equation under the Boussinesq approximation for the particles are solved on a Cartesian mesh with the high-order flow solver Incompact3d The effect of the non-resolved small-scale structures in the ILES is dealt with targeted numerical dissipation introduced in the discretization of the viscous term This study focuses on instantaneous visualizations of the well-known lobeand-cleft structures at the head of the current but also on the sedimentation rate, suspended mass, energy budget and the deposition patterns. 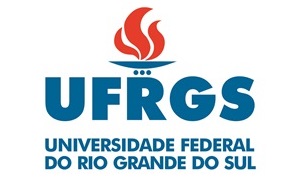