A new age for agriculture

The Aquarius Project makes advances in the use of precision agriculture, increasing productivity and decreasing environmental damage

Did you know that the concentration of nutrients in crop soils can be corrected? Improved computer technologies, sensors and GPS applied to agricultural practices help farmers increase the probability of guaranteeing a productive harvest. Precision farming techniques work by attaching devices to farm machines, such as seeders and harvesters, so they are able to withdraw a sample of soil, verify the variability of nutrients present and make any necessary corrections using fertilizers.

What stands out in precision farming is not only its benefits for the rural producer, but for the environment as well. By enabling the control of all interventions on an agricultural property, fertilizer and pesticide dosages can be accurately calculated and applied, reducing environmental contamination and increasing productivity. In the state of Rio Grande do Sul, about 30% of agribusinesses use precision agriculture. In some regions of the state, such as the North, this number is even more expressive, reaching around 50%. This is the case in the city Não-Me-Toque, known as the National Capital of precision agriculture, and also in Carazinho. 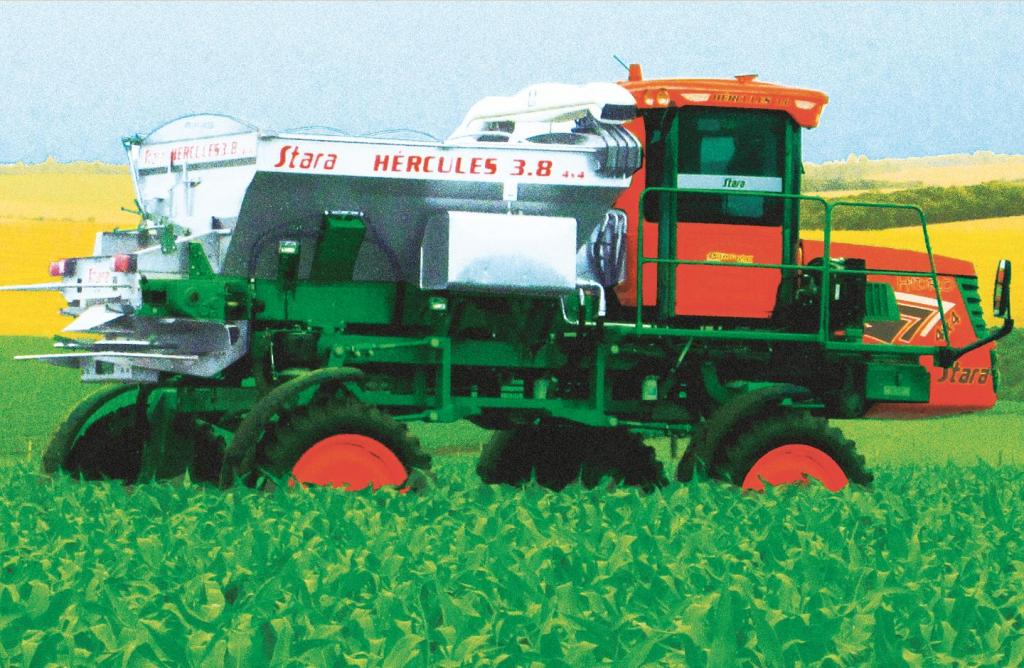 At the turn of the millennium, new perspectives emerged for Brazilian agriculture and agribusiness. The Aquarius Project, an initiative taken by the Massey Ferguson and Stara companies, marked the beginning of the development of precision agriculture in the state of Rio Grande do Sul and in Brazil. The project got under way in the city of Não-Me-Toque, in two locations: the Schmidt area, with 124 hectares, and the Lagoa area, with 132 hectares. Today, it occupies 16 areas, distributed along the Alto Jacuí region, with a total of 729 hectares. UFSM got in on the project in 2003, when the Agronomy course became a participant. Renowned throughout Brazil, the Aquarius Project has received international recognition in countries such as Paraguay, Argentina and Colombia.

Utilized by the farm machinery, fertilizer and seed industries, as well as by agricultural cooperatives, precision farming requires technology and innovation. The Project currently articulates activities among diverse partners, including the private companies Fazenda Anna and Cotrijal, UFSM and several agricultural producers in the state. “Today, we define the project as a technological showcase, because we work together with companies and they often develop a product, which the University and the producers test, and the suggest modifications and adaptations. In other words, we test all the innovations. The project counts on financing from private companies at the University”, affirms professor of Agronomy at UFSM, Telmo Amado Neto, the coordinator of the Aquarius Project. Currently, participants in the Project include agribusinesses Stara (agricultural machinery), Pioneer (seed manufacturer), Yara (world leader in fertilizers) and Cotrijal (agricultural cooperative in the northern region of Rio Grande do Sul).

The Aquarius Project uses a research strategy called On-Farm Research, in which farmers provide one hectare of their land for UFSM Agronomy students to test equipment and develop new technologies. “Normally, a work plan is first made for the project to be carried out by the students. They come up with ideas and let me check the feasibility of setting it up in the area. What is feasibility? Accuracy, time and space, and machinery”, explains the agricultural producer Rogério Pacheco, landowner in Carazinho, who contributes to Aquarius Project tests on his property. “As soon as we determine that we have the physical conditions necessary for the studies, we carry it out. They bring the theory, and we come in with the practice, the staff, the equipment and the inputs”, says the producer.

Thus, instead of the research being carried out on an experimental field on the campus, it is carried out on actual agricultural crops provided by farmers. After analyzing the results, farmers decide whether to adopt the tested equipment or not and the tools developed through a project carried out by students and farmers end up getting adopted by other producers as word gets out. “In this process, the farmer often proposes solutions and adaptations. And, while we are conducting the project, the farmer is already making observations about whether it is something that will be valuable for the farm or not”, says Dr. Amado.

Rogério Pacheco adopted a precision agriculture system over five years ago, motivated by the principle of productivity and the rationalization of inputs. The N-sensor was one of the devices acquired by Rogério, after it was tested by the Aquarius Project, and, according to him, it has been one of the most used devices recently. “We experimented with precision planters, comparing the latest models on the market with traditional mechanical planters. Nitrogen variation in areas of high and average fertility was also analyzed using the N-Sensor” recalls the farmer.

The experiments carried out on the agricultural property and the laboratory analyses are tasks performed by undergraduate and graduate students from the course in Agronomy. After students conclude the work carried out on the farm, in contact with the earth, grains and leaves, it is time to return to the academic environment. There, at UFSM laboratories, the materials collected are observed by the students in order to generate data for master’s theses and doctoral dissertations.

The new technologies developed by computer and information researchers and applied to farming are used on a large scale within the agro-industry, due, on the one hand, to the demand of its consumer market and, on the other, to the fact that the sector is financially able to acquire the technologies.

Precision agriculture can be adopted by both small and large producers. The agricultural engineer, Giordano Schiochet, who owns a small farm in the north of the state and uses machinery lent by the Cotrijal Cooperative, believes that precision farming is feasible for properties of all sizes, as long as it is adjusted to the investment capacity of each property. “I see precision farming as a tool that can contribute to the sustainability of small farms, making them competitive and strong” says Schiochet.

According to Dr. Amado, the size of the property is not restrictive, as in the case of family farming. To demonstrate, he points out that precision farming is widely used on small farms in Europe. “The whole issue comes down to whether you’re open to adopting new technologies or not,” he says.

Partnerships for services that generate inclusion

One of the ways to make precision farming reach family farmers is through cooperatives. Within Aquarius, there is a secondary project called Apecop (Precision Agriculture in Cooperatives), which involves 16 agricultural cooperatives in Rio Grande do Sul and adopts precision agriculture for its members. “In this case, the farmer doesn’t buy any machines, it is the cooperative that provides services and, in some cases, he pays for services provided only at the time of the harvest. Today, 50% of Cotrijal Cooperative members, for example, benefit from precision agriculture” says Dr. Amado.

Giordano Schiochet notes that the equipment used in precision agriculture is expensive, and therefore, partnerships with cooperatives make it feasible for members to have access to the tools. “I see being able to outsource the application of inputs as an advantage, because it would not be viable for small properties to acquire the machines needed to perform the service. In the case of our cooperative, the technical department, together with the precision agriculture sector, provides guidance on the best way to carry out the investment and work” says the agricultural engineer.

A way to manage their own

Many management principles are employed to establish a precision farming strategy on a property. One of its key features is its focus on management. The first step is to sort all the production processes on the farm. The next step is planning and organizing crop rotation, and, last of all, thinking about buying new machines, and considering the need to purchase new seeders, or a more powerful harvester. “Precision agriculture should not only be associated with the acquisition of new machines, it is much more than that,” says Dr. Amado. In other words, there are cases where precision agriculture consists of managing the resources that are already available on the property.

"Precision agriculture should not only be associated with the acquisition of new machines, it is much more than that"

Farm machines now come equipped with GPS signals that direct them in the crops when correcting variability of soil nutrients. The technological evolution of these mechanisms has minimized positioning errors in the application of fertilizers. As Dr. Amado reports: “When we started, we had a 6-meter positioning error and with the technology today, the error is only 2 centimeters.”

The gains achieved for producers and the environment by using precision in agricultural practices are clear to the Aquarius project coordinator: “When you have such a small positioning error, you can reduce the volume of agrochemicals applied to the crop by up to 10%, simply by avoiding excess applications”. Thus, reducing the positioning error and having electronic control of the machines also reduces the environmental impact.