Cultural anthropophagy for an ideal education

In prehistoric times, anthropophagy was a ritual of different indigenous peoples who believed that by eating the flesh of another human, one received all the strength, power and characteristics of the conquered one. The essence of that idea, of absorbing from the other that which is positive, has served as a trope of otherness and inspiration for counter-colonial artistic and cultural movements in several Latin American countries, including Brazil – the cradle of Cultural Anthropophagy.

Twelve years ago at UFSM, this concept was applied to the area of education by Dr. Valdo Hermes de Lima Barcelos, Professor at the Department of School Administration, in the Education Center. Dr. Barcelos has a PhD in Brazilian Cultural Anthropophagy and is a member of the ALPAS 21 International Academy of Arts, Literature and Sciences, the Santa Maria Literary Academy, the Brazilian branch of Amnesty International, as well as a consultant for several organs, including The Brazilian Ministry of Education, UNESCO, The Brazilian Ministry of the Environment,  the Ibero-American Program of Science and Technology for Development (CYTED), the National Institute for Amazonian Research (INPA) and the Brazilian Ministry of Science and Technology. He is the author of dozens of scientific articles, book chapters and complete books, such as An education in the tropics – contributions from Brazilian cultural anthropophagy, published by Vozes Publishing House in 2012. In addition to cultural anthropophagy, Barcelos explores themes including interculturality and environmental sustainability. 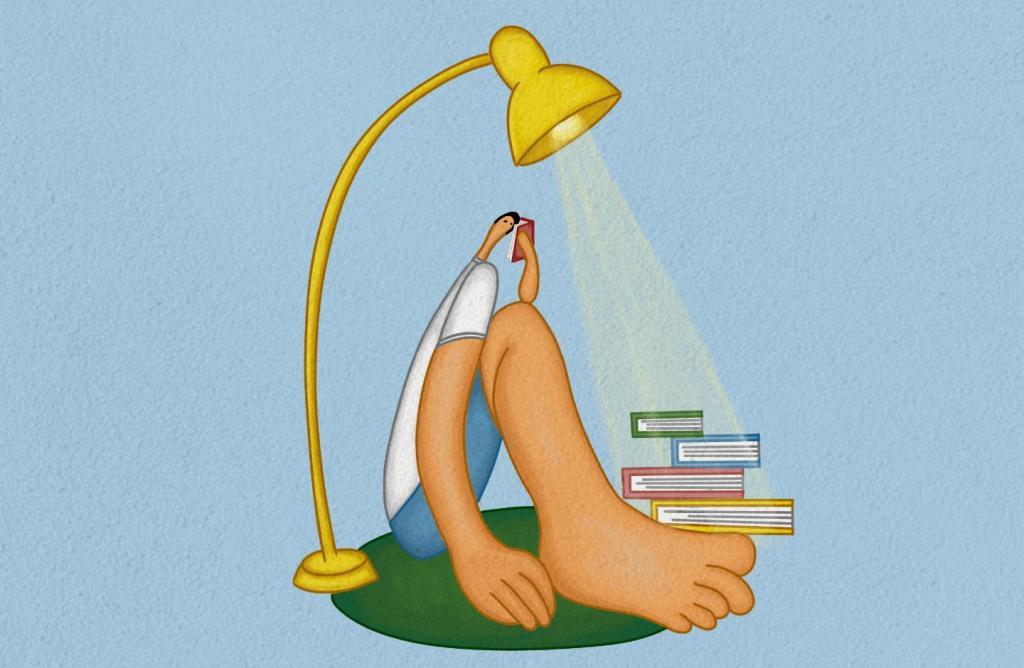 His research has led to partnerships with international institutions such as the University of Coimbra and the Piaget Institute, both in Portugal, where Barcelos had his doctoral dissertation on literary texts and ecology published by the Piaget Publishing House in 2009. His work has also involved cooperation with the Inter-American Court of Human Rights, based in Costa Rica, and the National Institute for Amazonian Research. “The common thread guiding all these activities is the desire to help build education as a process of human development grounded in an ecological and solidary worldview” said the professor, who spoke with the magazine Arco.

Your research applies the idea of cultural anthropophagy to the area of education. How does this work?

Basically, it seeks to end the practice of imitating ideas and educational models that are foreign to our culture and the Brazilian social reality, without the necessary recontextualization. In this sense, it is not about developing something that is completely Brazilian, but rather that takes into account the different Brazilian cultural matrices, namely: Indigenous, Portuguese and African. This process aims to bring our education closer to the realities of the people of Brazil. One example is Paulo Freire.

In a networked society, can we still have something genuinely local?

This is a practical impossibility because of contemporary processes involved in network relations, characterized by interchange between the local and the global. What anthropophagy proposes is to make this relationship one of devouring, rather than one of submission. Anthropophagy offers foreigners the possibility of being devoured and also of devouring.

How do you relate anthropophagy to teaching? Does it mean choosing different authors?

Yes, this is an alternative. It is interesting to explore authors whose ideas and propositions seek a relationship that is not guided by intellectual submission and subalternity. To exemplify, I use an expression from the Anthropophagic Manifest (1928) by Oswald de Andrade: it is necessary to “see with free eyes”.

Certainly. This can happen by creating environments where learners’ creation and imagination can flow without controls, as well as by opening up spaces for valuing ways of knowing and ways of doing that students bring with them to school. In summary, practices change by valuing intercultural exchanges, particularly in our current times with so many migratory diasporas.

What would be an intercultural and sustainable civilization?

A proposal to live together based in a perspective of living well, seeking cooperation, mutual acceptance and respect for particularities. This would create a solidary civilization stemming from the tropics.

Among the various relationships, we can mention that both use, as a starting point, the ways of knowing and ways of doing of the group involved. Both are about putting theater and education into practice within the most varied spaces and not only inside the theater and the classroom. Both are marked by reflection about ways of living and practicing education and theater. Both aim to expand the concept and practices of citizenship. And, finally, both aim to transform our reality into a more inclusive reality.

Could you describe your conception of human development resulting from an education based in cultural anthropophagy?

Human development guided by these basic principles: Freirean amorousness and dialogism; cooperation and partnership, as proposed by Humberto Maturana in opposition to competition and domination; solidarity, tolerance, respect and defense of differences; ecology and the construction of an education for peace such as that espoused by the educator Maria Montessori; an education and a pedagogy whose aspiration and purpose is to encourage the emergence of spaces for creation and invention at schools, fostering spontaneity rather than copying, imitation or symbolic and physical violence which, unfortunately, are still very present in our educational spaces.

Towards recovering our national identity

Brazilian cultural anthropophagy originated during the Week of Modern Art, held in São Paulo in 1922. The initiative aimed to break artistic, cultural, political and aesthetic standards imported from Europe without any recontextualization. The name anthropophagy, given to the movement, arose from a work by Tarsila do Amaral: the Aba-Poru. The figure with large hands and feet in contrast to a small head was baptized by Oswald de Andrade, who united two words of Tupi origin: Aba, man, and Poru, one who eats human flesh. In addition, Macunaíma – the hero with no character (1928), by Mario de Andrade, is another notable work from the movement.

In music, Brazilian cultural anthropophagy inspired the Tropicalist Movement, in the 1960s, whose greatest representatives were Torquato Neto, Caetano Veloso, Gal Costa and Gilberto Gil. It also influenced Glauber Rocha’s Cinema Novo and Augusto Boal’s Theater of the Oppressed. The movement was taken up in other countries in Latin America, such as Uruguay, Peru, Paraguay, Chile and Colombia.