For a clean air

Diesel oil, a derivative of petroleum, is a fuel composed of hydrocarbons, which are chemical compounds made up of carbon and hydrogen atoms. Diesel is used in vehicles such as buses and trucks, since diesel-powered engines have a lifespan about 30% longer than their gas-powered counterparts and also consume less fuel. On the other hand, the diesel engine is more expensive and less responsive.

Given the alarming state of the environment, a great deal of research has focused on ways to reduce pollution. One of the main issues involving diesel is the harmful nitrogen and sulfur emissions from its combustion. Diesel releases a larger amount of these molecules into the atmosphere than fuels such as gasoline and alcohol, which means it pollutes more. These molecules cause problems for the environment, such as acid rain.

Weighing the benefits and drawbacks, one thing is certain: if using diesel is necessary, reducing its damage in nature is just as important.

Towards that end, Petrobras, the Brazilian oil and gas company, launched a project in 2006 in partnership with the Industrial and Environmental Chemical Analysis Laboratory at UFSM (LAQIA). The project between the public company and the University research group aims to create alternatives to improve diesel oil, focusing on reducing its sulfur and nitrogen compounds. 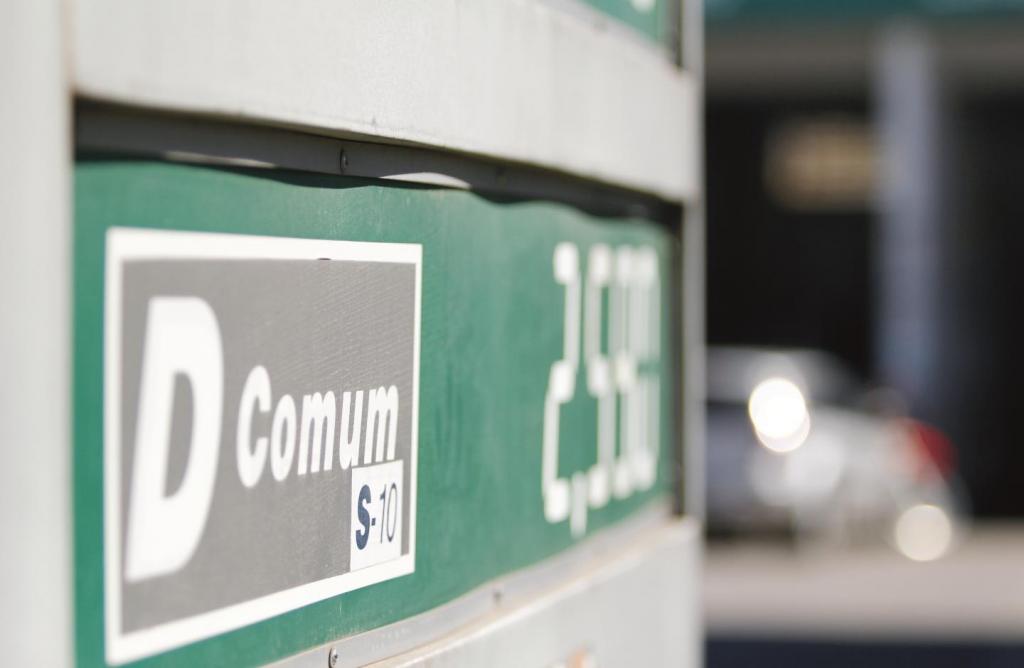 When working with chemical reactions, temperature and pressure are very important factors. While raising pressure and temperature can speed up reactions, it can also make them more difficult to perform. In the industry, a hydrogenation process has traditionally been used to remove sulfur from diesel oil. This process requires a temperature of around 300 degrees centigrade and a pressure of 200 atmospheres. The result is diesel containing between 100 and 500 parts per million (ppm) of sulfur. According to Dr. Érico Marlon Moraes Flores, professor of the UFSM Department of Chemistry and coordinator of the project, hydrogenation does not remove the most resistant sulfur compounds, which remain in the diesel oil.

The LAQIA team proposed a change. Instead of removing the pollutants from the fuel through hydrogenation, they attempted an ultrasound-assisted oxidative process. Using this process allowed them to work with a temperature of 90 degrees at atmospheric pressure, that is, without needing to add hydrogen. The result was surprising: even working at a low temperature and pressure, they were able to reach a level of only five parts per million.

Ultrasound energy is used to accelerate chemical reactions. In this case, it facilitates the process by eliminating the need for high temperature and pressure. Because it increases the efficiency of the reaction, while decreasing the use of chemical agents, solvents and reagents, it is considered an alternative technology. It reduces both the energy used in the process and the severity of the working conditions.

According to Dr. Flores, ultrasound has some singularities when compared to other types of energy, such as the formation of cavitation bubbles, which are small bubbles of gas that arise in liquid, speeding up the process. Under the action of ultrasound, these bubbles begin to pulsate and increase in size until they implode. At that point, they create high-pressure and high-speed jets in the liquid medium, which reach up to 400 meters per second. As the temperature rises, there is intense agitation in the medium, facilitating contact between the reactants and phases, thus accelerating the reaction.

Improving diesel quality has resulted in a number of benefits. The LAQIA team started on the project in 2006 with the objective of developing a method to effectively remove sulfur and nitrogen, in order to ensure the production of fuel that would meet a series of new specifications and recommendations of the Brazilian National Agency of Petroleum, Natural Gas and Biofuels.

By the end of 2012, in addition to common diesel fuel, which contains 500 ppm of sulfur, Brazilian gas stations began offering a less polluting diesel, called S50. The letter ‘S’ stands for sulfur, and the number stands for 50 mg of sulfur per liter of diesel. In order to comply with the Brazilian Program for Motor Vehicle Air Pollution Control, the S50 diesel was later replaced by S10, with an even lower sulfur content.

Walter Mendes Mucha, a lawyer who uses the new diesel to power his truck, says he can tell the difference between the fuels because S10 diesel has a much less pungent smell than regular diesel. Even if he wanted to fill up on common diesel, Walter couldn’t because his truck was designed only to run on S10.

Reflecting these changes in the fuel supply, small diesel trucks have begun to be manufactured to run only on this type of diesel and these engines can sustain damages if they are fueled with common diesel. The inverse situation, however, offers no risks. Engines manufactured prior to 2012 and designed to use regular diesel can be fueled using S10 without any drawbacks.

Another advantage of using S10 diesel is that the engine oil doesn’t have to be changed as often, since S10 reduces contamination. It also improves the cold start system, which boosts the operation of vehicles on cold days and decreases the emission of white smoke, which is harmful to the environment.

All of these advantages are a result of the decreased amount of sulfur in the formula.  However, this depends on a complex fuel refinement process, which is expensive. The outcome is reflected in the final consumer price: S10 diesel is more expensive than common diesel.

We have to purify

Many industrial processes rely on the use of fuels at some stage. Factories, power plants and vehicles need them to function. However, the burning of fossil fuels, which enabled industrial development, has also led to environmental pollution

Sulfur is released into the atmosphere from the burning of diesel oil, its raw material, petroleum, and also coal. Once in the air, it comes in contact with oxygen, causing the smog that hangs over large urban areas.

In the air, sulfur molecules cause numerous health problems. Continued exposure to this pollution can cause irritation to the nose and throat, coughs and shortness of breath, as well as aggravate cardiovascular and respiratory diseases, such as asthma and bronchitis.

When sulfur reacts with the water present in the atmosphere, it forms sulfuric acid, resulting in acid rain. Rain naturally contains a small degree of acidity, but the emission of gases such as sulfur intensifies this effect to the point of causing harm to the environment. The main problems caused by this phenomenon are destruction of vegetation cover, such as forests and crops, alteration of ecosystems present in lakes and rivers, contamination of drinking water and destruction of monuments and buildings. In addition, acid rain can fall far from the location where the pollution originated, because winds can carry it up to several miles away.

The project to reduce sulfur in diesel oil by ultrasound is still underway. The research has already yielded a patent for the project with Petrobras, an honorable mention from the Capes Thesis Award and a Petrobras Inventor Award. In addition, the Center for Studies on Petroleum, CEPETRO, has been established at UFSM to carry out this research. Through alternative technologies, diesel is being improved so that the final product results in cleaner air for the environment and the population. 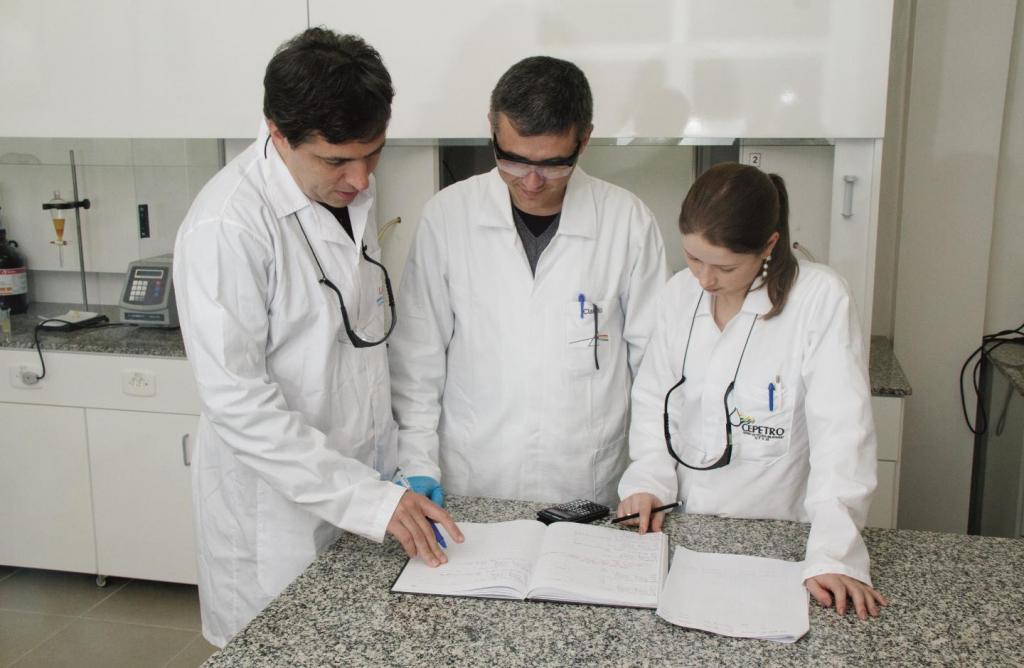