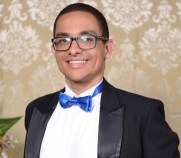 He received his Bachelor in Electrical Engineering from the Federal University of Santa Maria (UFSM) in 2018. Currently, is doing his master degrees at UFSM in the Power Electronics and Control Research Gruop, studying control technique applied to Grid-Tied Converters. In 2018, he took his internship in the Fraunhofer Institute for Integrated Circuits IIS – Division of Adaptive Systems EAS, located in Dresden, Germany, working with LED drivers. 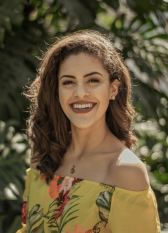 Electrical Engineering student at the Federal University of Santa Maria. Currently works in the Group of Excellence in Studies and Power Systems – CEESP (UFSM). Her research theme is: Methodology for Tariff for the Use of Transmission Systems – how Repercussions of the Changes in the Electric Distribution Networks. She has already worked at Automatiza Júnior, a control and automation engineering company.

Electrotechnical technician from the Santa Maria Industrial Technical College (CTISM) with an internship in the field of on-grid photovoltaic generator systems. She is currently an Electrical Engineering undergraduate student at the Federal University of Santa Maria (UFSM) and a scientific initiation student in the Center of Excellence in Energy and Power Systems (CEESP/UFSM), focusing on the analysis of distribution systems. Presently, she is beginning her studies in real-time digital simulators. 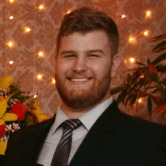 He received his Bachelor degree in Electrical Engineering from the Federal University of Santa Maria (UFSM), in 2019. Nowadays, he is a Master’s degree student in the Post-Graduation Program in Electrical Engineering, at the UFSM. From 2015 to 2019 he was an undergraduate researcher in the Electrical and Computational Systems Research and Development Group – GSEC/UFSM, working with research and development on PFC, resonant and dimmable converters. In 2019, he took his internship in the Fraunhofer Institute for Integrated Circuits IIS – Division of Adaptive Systems EAS, located in Dresden, Germany. He is fellow to the IEEE PES UFSM and IEEE IAS UFSM chapters since 2018 and 2019, respectively. His research interests are power electronics, resonant converters, digital control systems and fast battery chargers. 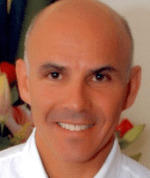 He was born in Santa Maria, Brazil, in 1958. He received the B.S. degree from the Federal University of Santa Maria, Santa Maria, Brazil, in 1981 and the M.S. and Ph.D. degrees from the Federal University of Santa Catarina, Florianópolis, Brazil, in 1984 and 1994, respectively, all in electrical engineering. Since 1985, he has been a Professor at the Federal University of Santa Maria, where, in 1987, he founded the Power Electronics and Control Research Group (GEPOC). From 2001 to 2002, he joined the Center for Power Electronics Systems (CPES), Virginia Polytechnic Institute and State University (Virginia Tech), Blacksburg, where he performed his postdoctoral and researches on distributed power system. He has authored more than 100 technical papers published in the proceedings of national and international conferences. His current research interests include high-frequency power conversion, power supplies, power-factor-correction techniques, and modeling and control of converters